This in-depth guide on test automation covers who should do it, the best framework, how to set it up, recommended tools, how to optimise the framework and some examples of automation testing at Salsa. 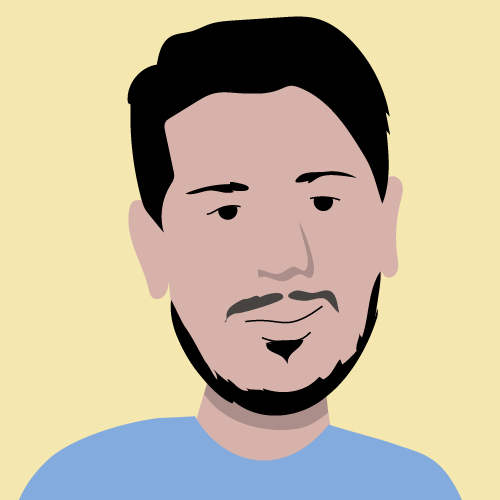 What is test automation?

Testing is an intrinsic part of every software project. A tester needs to validate functionality against the customer’s needs and make sure all the requirements are working properly. Testing this process manually is called manual testing. As the project evolves, new requirements and functionality come in, and testers need to make sure functionality that’s already completed is still working correctly. This is called regression testing. Manually running regression tests can be time-consuming so automating those tests is very helpful and reduces manual effort. This is called automation testing.

Many companies begin this process by setting up a proof of concept. When crafting automation frameworks it’s very important to have a structured strategy to ensure a return on investment (ROI) for both the organisation and the end client.

The paragraphs below cover the steps required:

First we need to ask the question: Why should we automate our testing process? What are we trying to accomplish? Every new process or improvement needs proper planning before execution. Questions to consider include:

If we’re able to answer these questions honestly, we’ll all have a common goal for test automation. The common goal or the problem we’re trying to solve needs to be communicated across the organisation for better ROI.

How to setup a team for automation testing

Option 1: The development team can write automation test scripts and manual testers can monitor the report. However, this approach can mean developers don’t get enough time to ship new features in the sprint, which in turn increases the number of development tasks in the next sprints.

Option 2: Manual testers can be trained and write automation scripts. The downside of this option is that they will not get time to test existing feature stories in the sprint. Hence, this option also doesn't seem practical.

Option 3: We can have dedicated testers who write automation scripts and monitor them. This option reduces the impact on developers and existing manual testers. This option needs to be built in during project planning.

Automation test projects can be considered as full projects, so organisations need to think and invest accordingly, keeping in mind the returns generated.

How to architect a test automation framework

We now understand why we need test automation and who will write the automated testing scripts, but we need to answer a few more questions for the best result.

An organisation or team has developers, product owners, testers, etc. Every member in the team should understand the value of test automation. In agile projects, teams are cross-functional, which means every member of the team should contribute towards the initiative.

Every member of the team should understand the common goal for test automation and contribute towards it for the success of the project.

Role of developers: Developers can help by writing unit tests that minimise the leakage of bugs when developers push new functionality to the production environment -- they do so by running these tests along with functional tests, if needed. They’re confident that existing features don't have any impact.

Role of testers: Testers write and update the test automation scripts and also monitor the results. They also discuss the feedback on test cases provided by product owners to prioritise some critical cases first for automation. This continuous feedback system enables better test coverage for the project and contributes towards the overall success of the project.

Understanding the test automation pyramid and its impact

If we write tests at a very granular level, it prevents defects when integrating components together. Writing tests at code level is called unit testing. This is mainly done by developers. They write tests for verifying functions, etc. A higher unit test coverage helps the success of projects in the long run. Ideally we should have unit tests written for all important functionality.

Writing tests for the API layer and backend functionality also helps project quality. If automated tests are passing at this level, then testers don’t need to write tests for the UI level. We should have good coverage here also.

End-to-end tests should be less in number and should cover critical user journeys only, for example creating a blog content type from the backend and verifying that all its components appear on the frontend.

Testers should make sure to write minimal cases for UI because UI tests are lengthy and take time to write. For example, if I need to place an order on a website, I need to select the product first, then add that to the cart, then go to the checkout. This process seems lengthy. If such a kind of testing is done at the service level, for example hitting the checkout API by passing the product ID and checking the response, it would save time.

Some tips and tricks for test frameworks

UI locator strategy: Having good locators on the document object model (DOM) helps the tester to write unique locators for each element in their test automation framework. If every locator has a different ID or CSS class, that will help the tester write an efficient Xpath.

Seams: Seams are how we use the system’s implementation to help build more streamlined and reliable automated tests. Seams can be APIs, mocks, stubs, or faked dependencies of your real system. Accessing the URL parameter directly is also a seam.

For example, we have a test to check a particular product. Instead of writing tests for searching the product we can directly hit the product URL in our tests. This helps speed up our test automation process.

For unit tests, code needs to be written inside the project repository along with modules. This will mostly be done in the programming language used for creating that module.

Service level tests are mostly written by testers. If we have dedicated automation testers they can use code-based tools like rest-assured, which will give them more flexibility in writing tests. If we have testers with less programming knowledge we need to keep in mind that they’ll need to invest time in learning the language and framework as well. Tools like Postman and SoapUI are helpful on that front.

For UI-level tests we have both coded and non-coded frameworks. The former is more extensible but has a learning curve for newbie testers. Non-coded frameworks are easy to use but cannot be extended or modified much.

When designing a test automation framework we must keep the following in mind:

A test automation framework should be capable enough to run across multiple environments, devices and browsers.

Cross-browsers: For cross-browser testing we can have local setup but again that needs a system with a good configuration. We can use cloud-testing tools like Browserstack or Sauce Labs that provide an API to run tests in multiple browsers and provide test results accordingly.

Devices: Our tests should be able to run on multiple devices. We can either use cloud solutions or frameworks like Appium that run tests for native applications like iOS and Android.

The success of a test automation project can be measured by how it reduced the regression testing time, how constantly teams received feedback, and how many bugs were found during test execution. Overall, if we follow a detailed strategy for setting up test automation, it will be a success for the whole organisation.

Below are some examples of how we’ve implemented automated testing at Salsa across both Drupal projects and Python projects.

Developers writing unit and behavioural tests to test their code. No test automation engineer was involved.

Why were developers writing tests themselves? For web applications, not everything can be tested with unit tests, therefore developers need to add some functional or even integration tests to make sure that newly introduced changes work. But this also builds up a regression suite, which delivers more flexibility for changes in the future, with significantly less risk of introducing defects into the existing functionality.

What are the tools? For Drupal projects, which is a PHP language, PHPUnit is used for unit tests and Behat is used for behavioural tests.

Why we’re using behaviour-driven development (BDD): As in any digital agency, projects have their time and budgeting constraints. At Salsa, we’re always finding the balance between costs and test coverage. BDD approaches allow us to quickly write test scripts using a centralised library of reusable test steps that are used to cover critical user journeys. We don’t have 100% coverage of the features we develop, but we have sufficient coverage for the functionality that is critical for our client’s business.

Salsa projects using this approach include:

Everything is the same as for PHP, except that we’re using different Python frameworks for unit and BDD testing. 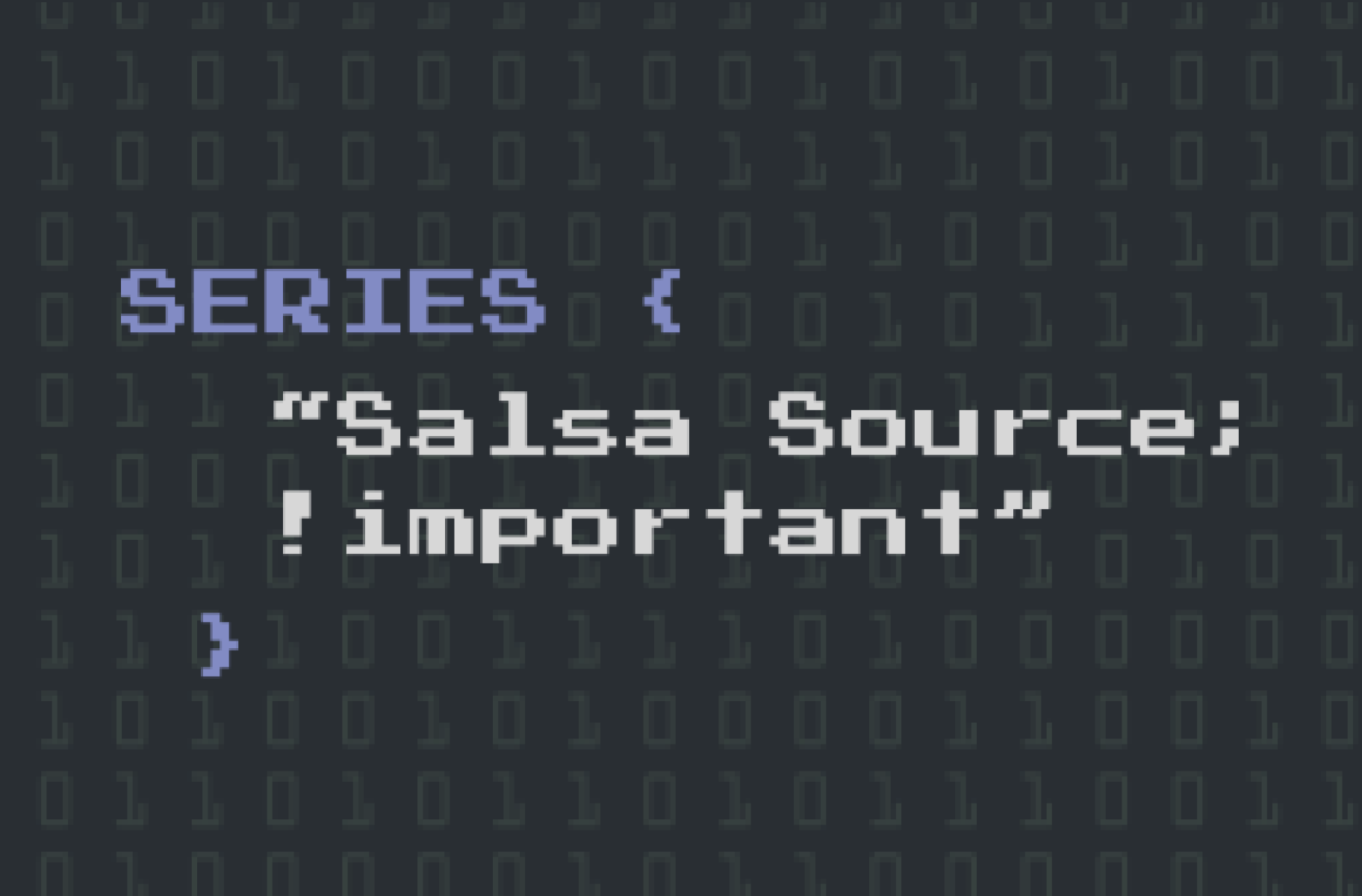